Last week I had the pleasure of catching up with my good friend and entrepreneur Mac Funamizu.

Mac is a top Japanese designer of websites, apps, smartphones, furniture, robots and much more, who has won countless global awards including the “Red Dot” design award, which is the internationally renowned quality mark for good design.

I first met Mac when I used to work in marketing for a company in Tokyo, and Mac was the designer for our website and promotions. He is extremely talented, so it has been wonderful to see him start his own business and become so successful.

It has been additionally exciting for me to watch Mac’s rise to fame, as some of the voices in his first app called “SUM!” are from my kids!

So after keeping in touch over these years, we finally caught up for lunch to talk about his company Enfani and ideas I have from a mama/kids perspective.

We particularly talked about Mac’s new app called “Checkie!“, which is already featured on the top page of Apple Store in Japan and USA. As of Dec 2016, Checkie! was ranked  2nd among paid apps for kids 6 to 8!

Here are my 3 top questions for Mac:

Q. Mac it is so wonderful to see you again. Please tell me – why did you create “Checkie!”?

Sure! There wasn’t anything like Checkie! around. It is an image-based carrying list app specialized in helping you check your belongings before leaving your house. There are only pictures and you don’t need text, so it is fun and intuitive to use. I thought this kind of app would be great for children as well as adults, because it’s so simple. It’s selling really well around the world so it is becoming popular which is great.

Q. I have been using Checkie! with my kids and it is fabulous for reminding them to clean their teeth and to remember to pack all their things for nursery school in the morning. I would also like to use Checkie! for reminding me with my grocery shopping. Do you plan to add more pictures to Checkie! soon?

Yes! We will release winter clothing for Checkie! soon and we are always looking for new ways to improve the app. Please give us feedback on what kinds of pictures you would like to add and we will try to add them in future releases.

Q. What do you hope to create in the future?

First, I want to create space where kids’ greatness rather than their adaptability to the world is highly appreciated. You know, the instantaneous, creative, and ingenious ideas and intuitions of children, without preset notions, are unadulterated gems of uniquely human capacity that can never be copied by any form of artificial intelligence. At times, though, they are buried deep within just because they are ideas of little kids, which is potentially destroying the breakthrough of many issues.

And then I want to make a sharing-economy framework where creativity of people of any age helps each other, inspiring people around, which will eventually create a cycle to keep activating human intellect.

Everyone make sure you download the app Checkie! and SUM! for you and your kids!

Here are some photos of my kids using the Checkie! app 🙂 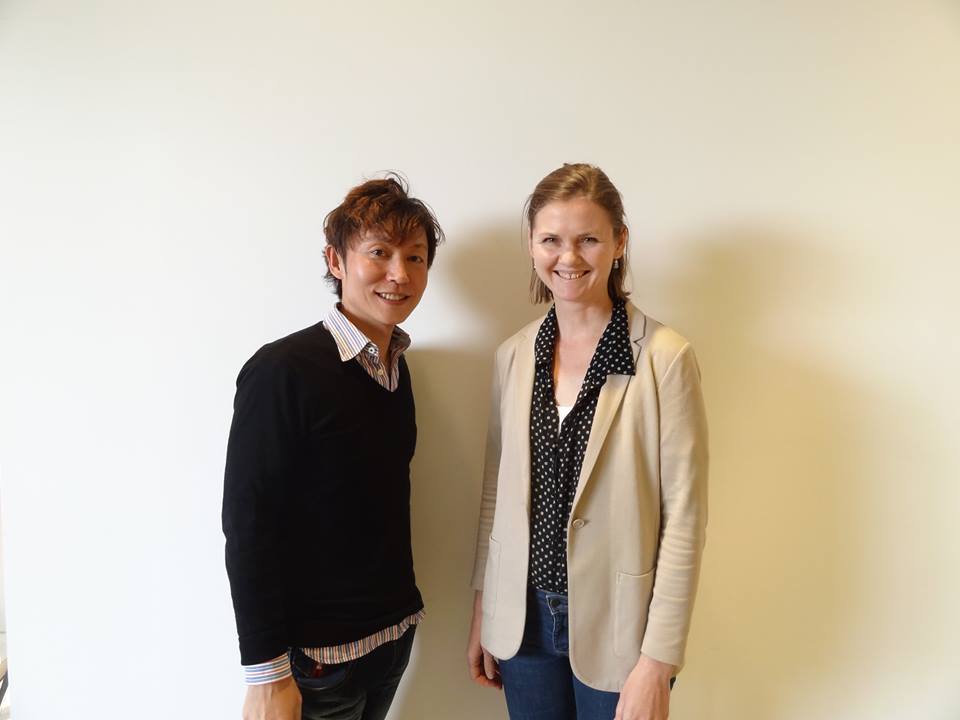 Photo with Mac Funamizu, the creator of Checkie! kids app 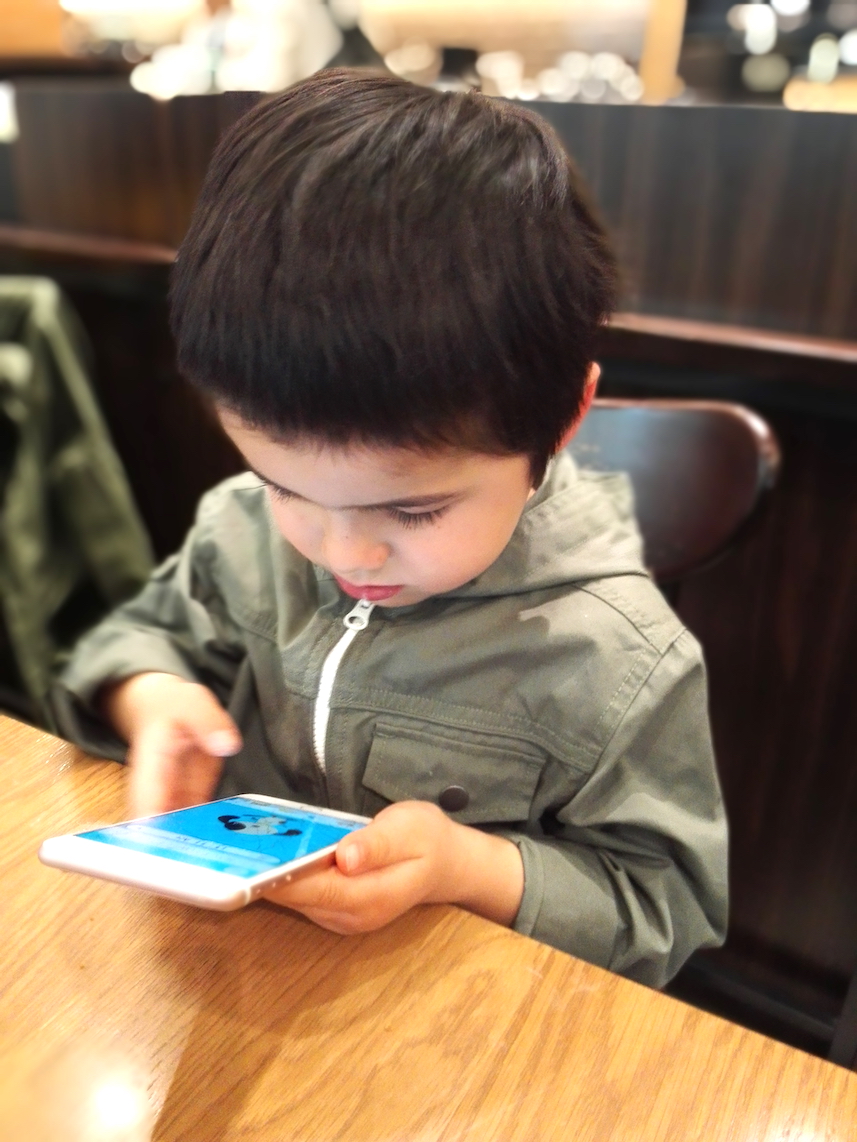 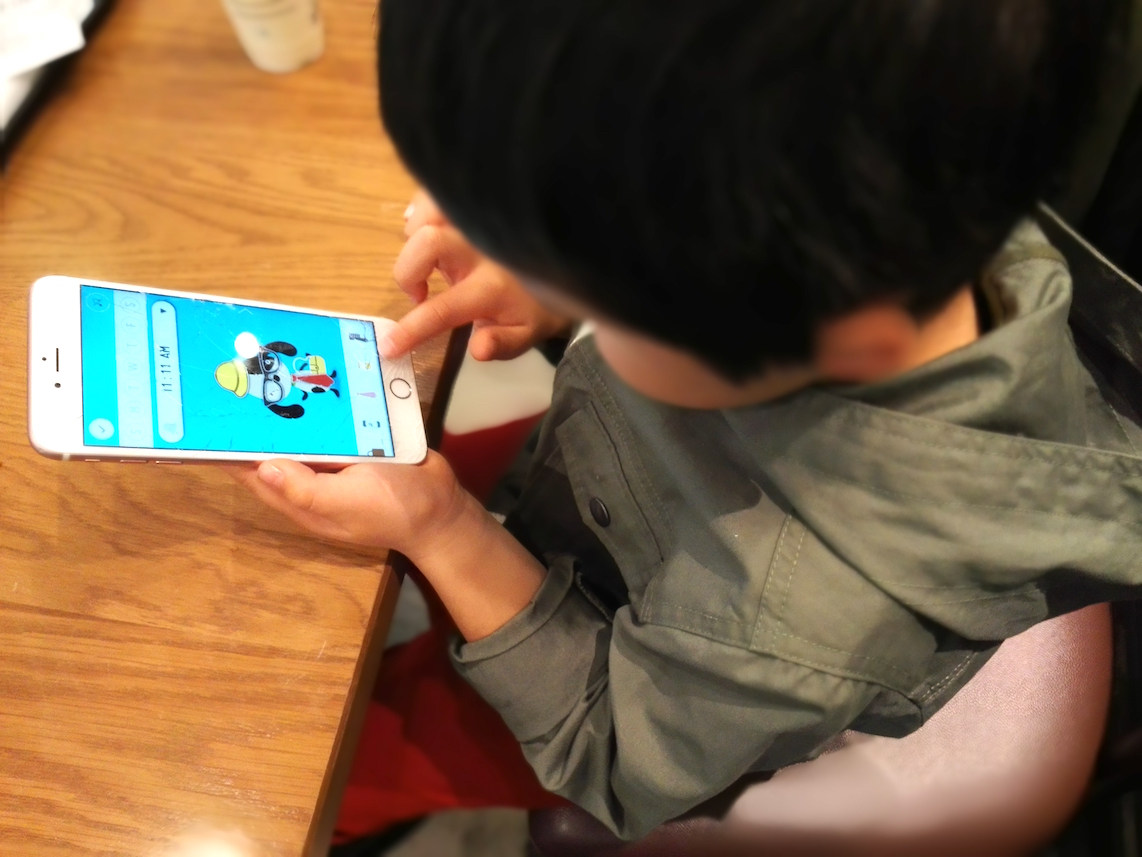 I don’t usually let my kids play on my phone, so I was surprised how quickly they could create their own reminder pictures on the Checkie! app. Very intuitive and fun! 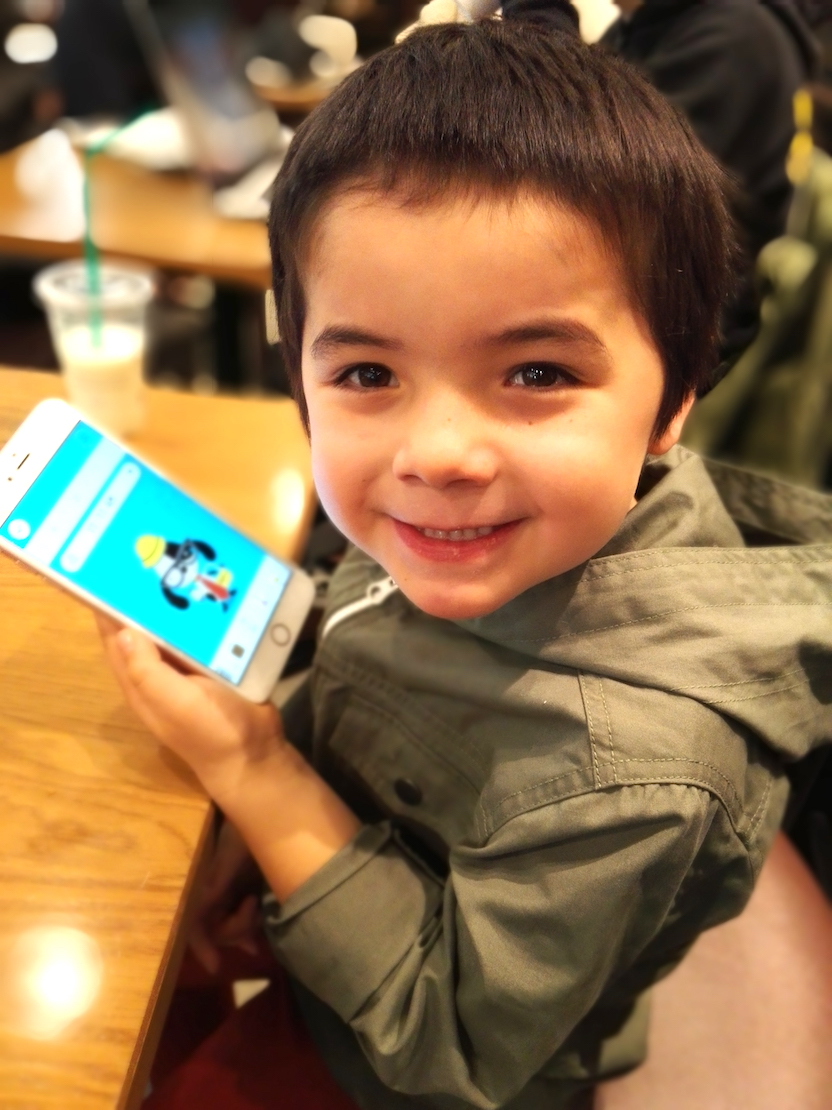 Enjoying the Checkie! app and creating his own reminders with the pictures 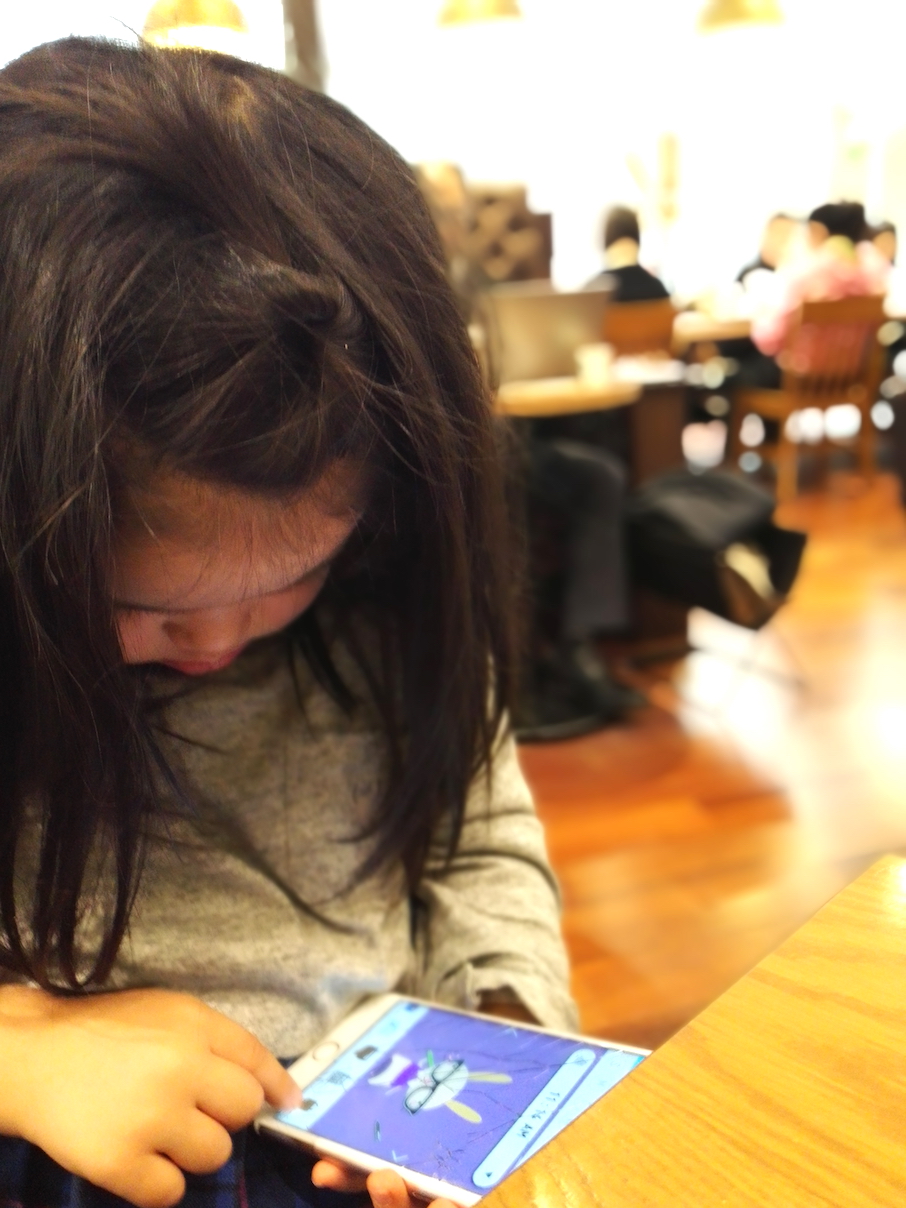 My daughter also enjoyed Checkie! and had no problem adding multiple handbags and lipsticks to her rabbit. Ha 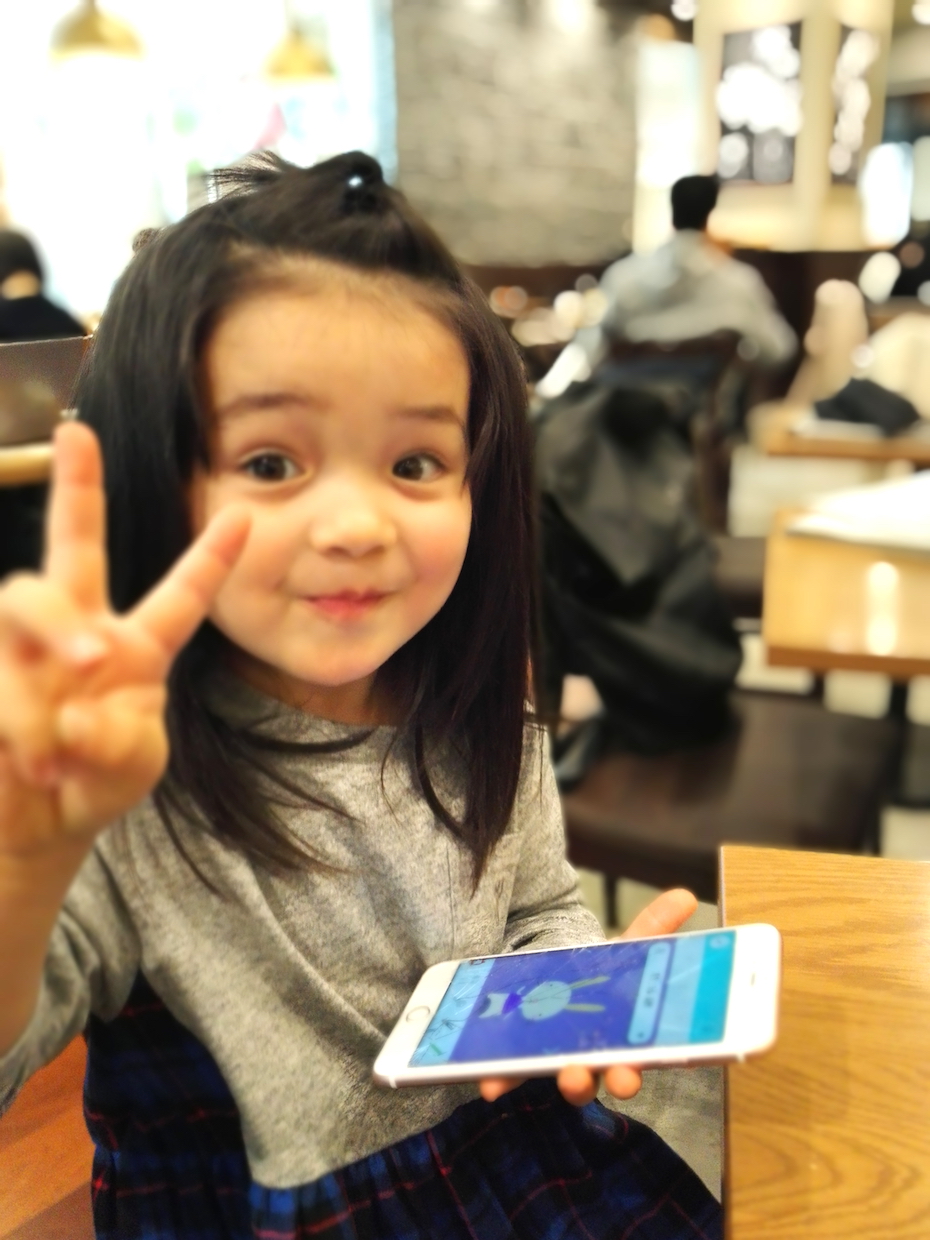 The Checkie! app is great for setting reminders for kids to remember to brush their teeth or to pack their bag for school. Things that are usually a chore, but with the Checkie! app it becomes fun and something they create themselves 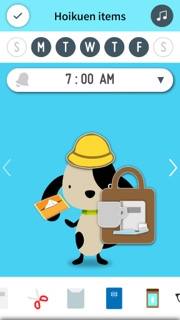 This is what my son created!

Here is the video!