Hi! Some expecting mums have asked me what kind of formula milk other mums use in Japan. I asked my TPG friends who have recently had their babies. Here are their replies!

Tomoko N.:
“I only used it once, but many of my friends use E-akachan (E赤ちゃん) from Morinaga. My hospital was using it as well^^”

Fiona:
“I used to use Meiji Hohemi, and it was fine… until my baby became allergic to formula, but that’s nothing to do with the brand. Also they have handy cubes of formula, easy for on the go. I know two other people that use this brand too. I was told by a doctor here that there is not much to choose between the top selling brands of Meiji, Morinaga and Icreo. Although a while back when I was doing my own research it seemed Icreo was supposed to be slightly better, although I’m not sure why – it is also the most expensive…Also, quite often I have found it to be cheaper to buy formula in the smaller independent chemists… this is quite unusual as you would expect it to cost more there… But shows that it’s definitely worth shopping around, as on the whole I think formula is pretty expensive here compared to that of say the UK.”

Brandy:
“I love Haihai – dissolves really easily, my baby’s tummy takes it well, and it also comes in little travel packets. I am now importing from iherb.com, Baby’s Only Organics – price is good, it has the safety of importing from the US, and my baby’s doc looked at the nutritional facts and said it should be just as good as the Similac Advanced she’s been using.”

Tomoko M.:
“I use Sukoyaka by Bean Stalk for my baby. I also used Haihai by Wakodo, but this wasn’t good for my baby because he’d been constipated…Sukoyaka was much better. The reasons why I chose these two were:
– Sukoyaka – used at my Hospital
– Haihai – I got one small can for free at akachanhonpo

When you first register for akachanhonpo membership, you get a welcome package from them. There is a free milk coupon in the welcome package, so you can get one haihai for free when you have your baby! It’s hard to tell which milk is good without using it, so it’s a good idea to use a sample or a free gift milk to see which one is most suitable for your baby!”

Mercini:
“I don’t use formula now but I did at the hospital and the first three or four days after bringing my baby home to supplement my milk supply until it built up. She couldn’t latch on at hospital and even though I was expressing she was dropping more weight than the norm and they freaked me out a bit over it. I was using Similac Newborn which I ordered online through Costco. I didn’t trust any Japanese brands… I’d heard they’d detected radiation in Meiji formula and I didn’t want to risk the same with other local brands.”

Thank you so much everyone for sharing your experiences and advice! 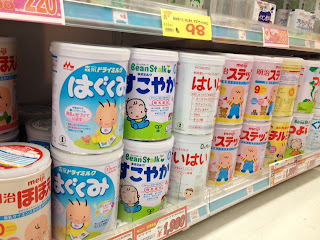 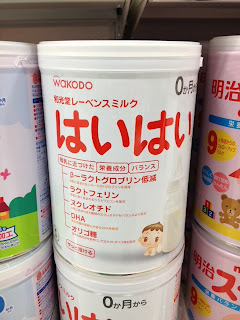 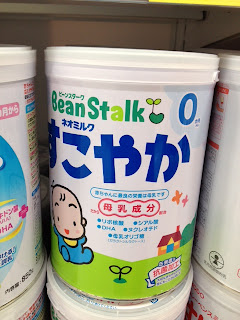 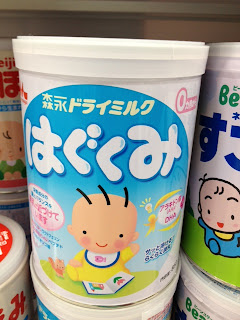 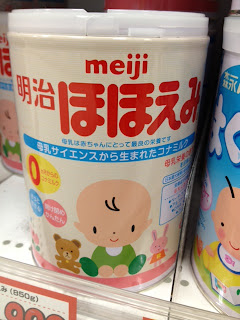 You might also like:
Japanese video – 10 Tips for Breastfeeding
Oketani Method of Breast Massage
Baby 1mth checkup in Japan

Where can I buy milk formula, diapers and wet wipes in Tokyo?

END_OF_DOCUMENT_TOKEN_TO_BE_REPLACED

How to make baby milk formula in Japan

END_OF_DOCUMENT_TOKEN_TO_BE_REPLACED

5 thoughts on “Which formula milk do you use in Japan?”